My Approach to Fly Tying

I started fly tying in 1979 at the age of 14. Walter Dünser, our youth coach in the local angling club at that time taught me how to tie my first dries and nymphs. After landing my first trout on self-tied patterns I have developed my skills constantly and designed some very successful own patterns. I usually I only fish self-tied flies.

During the following decades I met many excellent fly tiers but the one I learned most from was Bas Verschoor(NL), who was one of Europe's best fly tiers. In 1995 we were travelling the whole summer through Montana and Idaho and I can tell, you we tied a whole lot of flies during that trip. Bas showed me most of the tricks that meanwhile have found their way into the the best fly tying books. In the States I met many good fly tiers, too. Especially the very effective tying of Royce Dam influenced my way of fly tying very much. In Europe I was fascinated by the flies of Marc Petitjean. I still remember well when he came up with his new CDC techniques in the early nineties. Since that time I am a real CDC addict and Marc became a good friend. During my first two years when I was joining the fair scene I was also tying demo tying "on stage". It did not take long until I recognized that this caused extreme stress for me at such events. I had to tie flies, jump up and get out on the lawn to cast, come back in again to go on tying and so on. I was nothing but in a hurry all the time and at the end of the shows I was nearly knocked out. With my work as an examiner at fly casting instructor exams (former FFF-Europe and now EFFA) it became totally impossible to do both. I had to take a decision.

So I decided to focus at fairs only on my work as an international master fly casting demonstrator and instructor. This does not mean that I will not be tying "on stage" again some day. I never stopped fly tying and fly tying will always be part of my daily schedule. My fly tying bench is used more or less every day to tie the one or other fly. I really like to tie flies. It is a mean to relax. A soon as you start tying you calm down. It is some sort of meditation.  me to relax. I only fish self tied flies. Those who had been joining me streamside know that I really like difficult fishing for the old and big ones or at least those that could manage sucessfully to not get caught (until meeting me :)). For being successfull even in extreme situations and with difficult fish you need not only to have a more or less perfect presentation but also a good fly, nymph or streamer at the end of your leader. That's why the flies I tie are first of all fishing flies, not eyecatchers. I am not saying that an eyecatcher does not catch fish but if it comes to fishing, your target is an animal that lives underwater and looks at its prey from a totally different point of view. 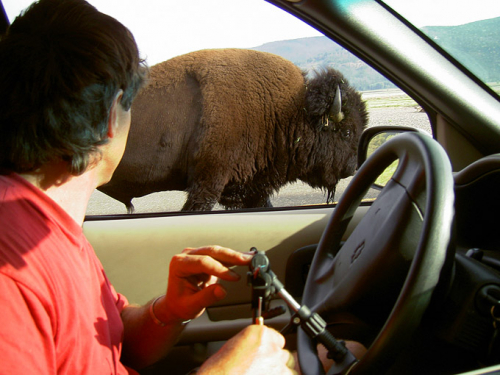 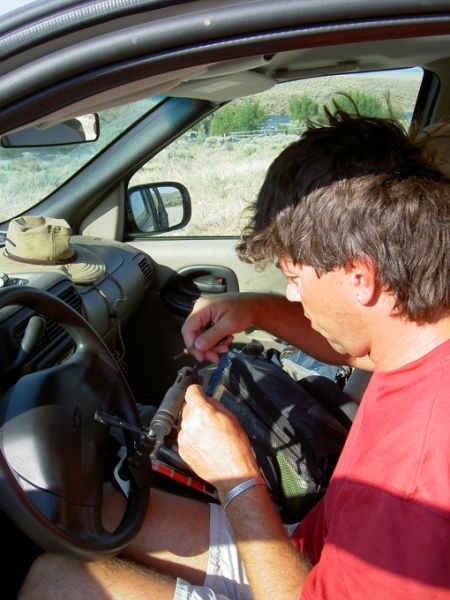 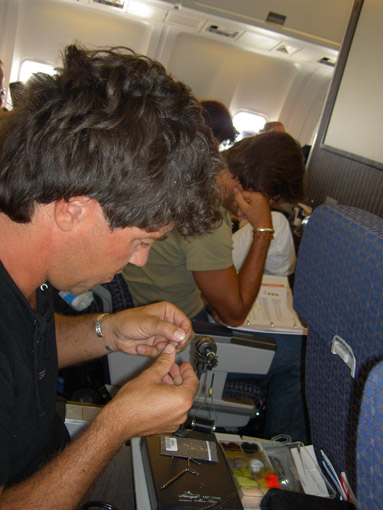 Some of my Fly Patterns