The Idrijca is not a typical Slovenian river. In regard of its river character it is closer to the Austrian top rivers. But in regard of marble trout it is the number 1 river in the country.

The Idrijca is a well sized river river which finally runs into the Soča below Most na Soči. Idrijca is widely regarded as the best marble trout river in Slovenia. While in the lower section cyprinids are very common (barbels, noses and chub) besides marbles, graylings and rainbow trout the upper reaches next to the city of Idrija are a pure trout region. This wonderful and completely natural part of the river attracts many fly fishers. The water of the Idrijca is crystal clear, too but in regard of its character closer to the well known Austrian top waters. The stones in the river show a light alga layer and source moss grows at many places what points to an improved food conditions.

Like Soča is the Idrijca is basically unobstructed and winds through the valley since thousands of years. Those who know the water well can easily observe the big marble trout. There are several fish exceeding 20 kg of weight in the river but they are difficult to catch. In the upper reaches the grayling fishing is very promising. The fly fishing club "Zavod Za Ribistvo Slovenije" successfully fought the National Kayak Association. So besides Idrijca also Bača and Trebustnica are not allowed to be navigated by boats. 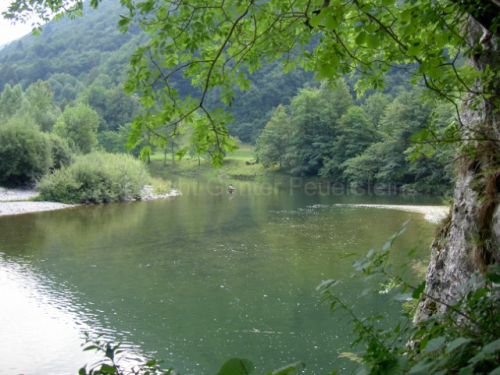 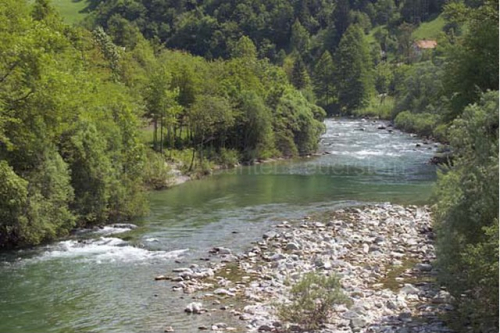 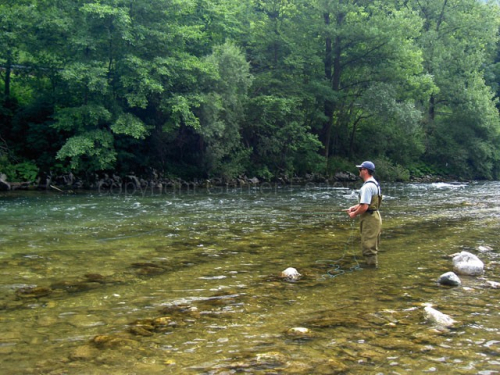 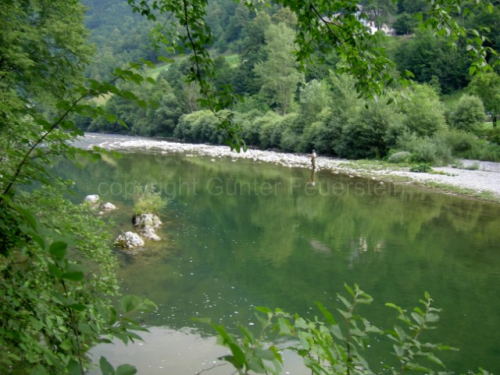 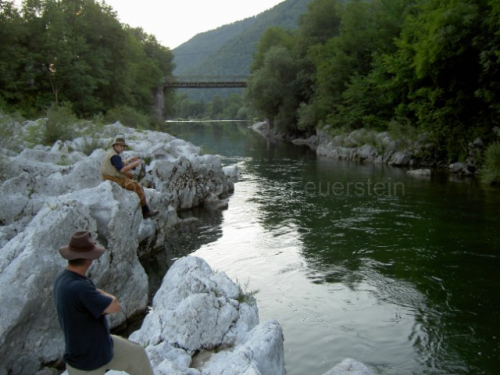