Login
Have any Questions? +01 123 444 555
info@g-feuerstein.com
Underhand Technique
The Most Advanced Double Hand Technique

There are different ways to cast a double handed rod. But no other technique is as smart, flexible and powerless than the Underhand Technique.

Many specialists are of the opinion that the Underhand Casting Technique is by far the best and most versatile fly casting technique if it comes to salmon and seatrout fishing with double hand rods. The technique can be performed with nearly no backspace at all and is very versatile, so you can fish more or less any situation without much effort. The long line, deep wading technique, which is misleadingly called Spey Casting nearly everywhere around the globe, is mainly used at wide and open rivers. It is a technique that is designed to cast more or less straight forward or only slightly angled and is used to fish constantly on long distances. Due to the use of long lines which make angulated casts difficult it requires quite a bit of backspace. The Underhand Technique on the contrary is performed with shooting heads which usually do not exceed 14 m in length with the most common lengths between 8 and 12 m.

The Underhand Technique is, as the name points to, mainly performed with the lower hand (hence underhand). The upper hand is used as the fulcrum around which the rod is bent. It is only used for the lifts and the angulations. This deep loading of the rod (the lower the upper hand the deeper the loading) makes the caster cast with ease even on long distances. An Underhand cast is a gentleman cast. It is nice, elegant, nearly powerless, and very effective. Even women without strong muscles can perform the technique. The long-line casts on the contrary need power and are not as flexible. Nevertheless, their promoters are doing well by making everyone believe that if it comes to fly fishing distance casting is what it is all about. That is stupid. Flexibility and versatility is the key to successful fly fishing.

Skagit casting, which uses a great line system to fish heavy flies deep and slowly, helped to promote the use of short shooting heads for fishing and makes it possible to cast large weighted flies where no backspace is available. However, the use of heavy T-tips needs a longer stroke to the fly or streamer into the upper water layers. So it is a hybrid movement between lower hand (Underhand) and upper hand stroke but the use of shooting heads is an element of the Underhand Technique and was never a part of Spey Casting before Goran Andersson showed up.

The main elements of the Underhand Technique:

Have a look at the father of underhand casting Göran Andersson how he is performing his well known technique: 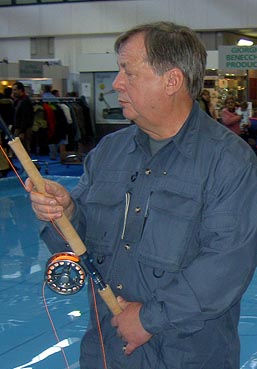 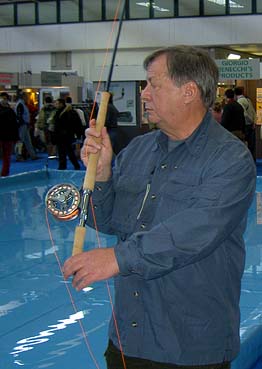 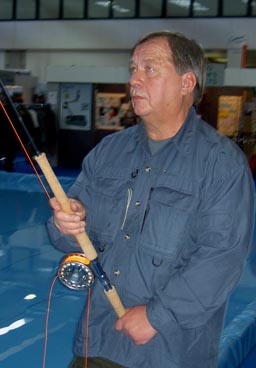 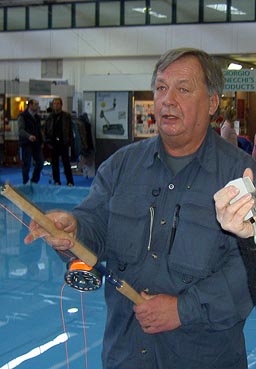 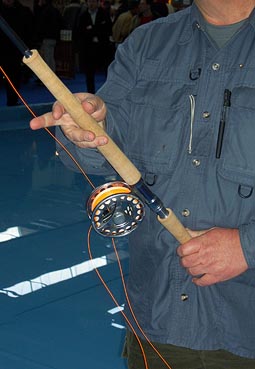 The Underhand Technique can also be used with single hand rods. The SH rod is loaded according to the Short-Stroke-Straight-Line Principle, too , which means from the butt to the tip to make a straight path of the rod tip possible.  The loading impulse comes from the grip. The rod is bent around the pointer (fulcrum, equates the upper hand of the doublehander). The pressure comes from the little finger and ring finger (equates the lower hand = under hand). The thumb slightly supports the movement. The rod butt is stopped at the palm (equates the abrupt stop at the belly with the doublehander).

The technique I use when casting a single hand rod is similar to the Underhand Principle although I use the pointer on top, which means my stop is a little bit different(at the lower arm). Besides that I am holding my rod not vertically but in a 45° sideways position.